Bronwydd House in 1958 – (picture credit: Professor W. E. Waters, a previous owner of Bronwydd). One of the first villas to be built on Pen-y-lan hill. It was occupied in 1871 by Daniel Thomas, a successful public works engineer and contractor.  It subsequently passed to his son Sir Alfred Thomas M.P (later Lord Pontypridd).  It was demolished around 1970 to make way for the Easetern Avenue bypass.  The Pen-y-lan wishing well was within its grounds (see our May 2020 newsletter). 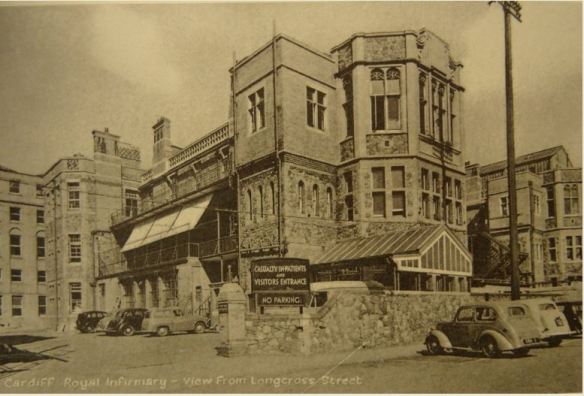 The red brick tower on Cyncoed Road is a Grade 2 listed building and was constructed in 1898. It’s original use was as a pumping station for the covered reservoir adjacent, now removed.  It has since been converted into an upmarket dwelling.  Views of the interior can be seen in in this  Architect’s description  and a later Wales Online article when the building went on the market in 2013.

The mansion house was originally the home to James Howell, founder of the famous department store in the centre of Cardiff.  It was originally known as Grove House and was built in the mid 1890s.  The house was purchased by  Cardiff Corporation in 1912 and renamed the Mansion House.  The Mansion House website gives some good views of the interior.