The libraries in the old parish of Roath

Map of the libraries of Roath and surrounding areas:

Adamsdown Library was established in the former Adamsdown cemetery chapel in 1950.  By the late 1960s it was reported to be in a poor condition and beyond economic repair. It was scheduled to be closed on March 31st 1968, and the Libraries Committee proposed that it be demolished as soon as possible after closure. In the event the building and contents were destroyed in a fire on March 29th.

A winter scene at Cathays Library in around 1914

The old parish boundary of Roath ran down the middle of Fairoak and Crwys Roads so this library was always just outside Roath but it is such an iconic building in the area that it is included on this page.  It is a Grade II* listed building and one of the 2,500 Carnegie libraries, financed by the American businessman Andrew Carnegie.

Preceding the current library there was a Cathays Branch Reading Room which was opened in May 1890. It initially containing 300 books and had an assistant librarian.

The current library was constructed between 1906-7, though the panel above the main door is inscribed 1906. The building is in a Arts & Crafts Gothic style, designed by Cardiff architects Speir & Bevan.  It has a generous single storey in a ‘butterfly’ plan, with two main wings parallel to Whitchurch Road and Fairoak Road. The front gable ends have large windows each divided into four lights. The building’s central entrance section has a narrow octagonal tower above it, with a leaded spire.

Cathays Branch and Heritage Library to give it it’s proper current title is also important from a local history point of view as it houses Cardiff’s heritage and local studies collections, an invaluable resource for local historians.  Currently not open on a Friday. 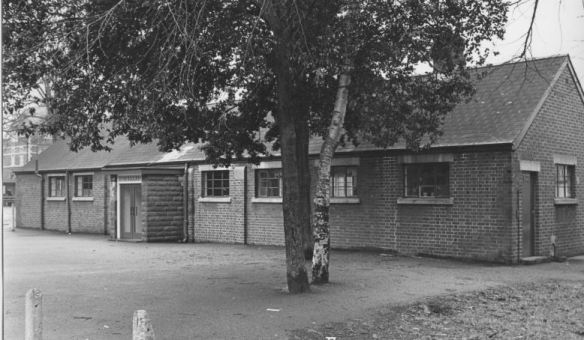 Pen-y-lan Library was originally called Roath Park Library. It opened on 18 July 1956.  The building wasn’t new but had been used previously probably for wartime use then recreational use.  The building had been called the Roath Park Recreation Centre and was used by local societies and theatre groups. The formal appropriation of the site to library purposes was approved by the Parks Committee in 1970. The name was later changed to Pen-y-lan Library.

It reopened on 25 April 2009 after being closed for several months in order to refurbish and renovate the building, which cost £2 million to complete.