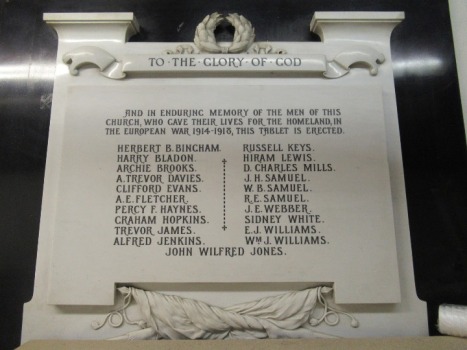 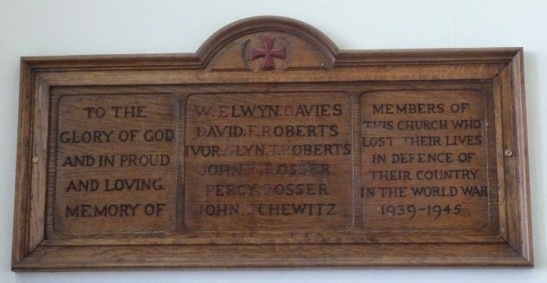 The history of the plaques themselves and in particular the story of those named on the plaques has been well researched by David Pike and is detailed in his blog.

Clifford Morgan Evans was born in 1890 to William Morgan Evans, a builder, originally from Cardiff and Beatrice Blanche Evans née Davies, also originally from Cardiff. Clifford was the first of nine children born to William and Beatrice.  In 1891 the family were living Cadoxton, Barry but by 1901 they have moved to 53 Donald Street, Roath. In the 1911 census the Evans family were living at 49 Shirley Road, Roath Park and Clifford working as a builder’s clerk.  He served as a Lance Corporal with the 13th Battalion, Welsh Regiment. He was killed on 10 Jul 1916 aged 26 when his battalion were fighting in Mametz Wood.  His body was not recovered.  He is remembered on the Thepval Memorial in France (Pier and Face 7 A and 10 A). He was also remembered on the Mackintosh Institute roll of honour and the Plasnewydd Presbyterian Church war memorial.  Commonwealth War Graves Commission record.