From: A Topographical Dictionary of Wales. S.Lewis. (London 1833)

Rhath, the original name of this place, is a common Welsh designation for ancient earthworks, of which there are several in the immediate vicinity: the late Mr Edward Williams, the Glamorganshire antiquary, supposed this name to be derived from the station Ratostabius, which he places at Cardiff.

The parish is situated on the western bank of the river Romney, over which there is a bridge of one arch, and on the great western road through the county. Its surface, forming an extent of about one thousand five hundred acres, is nearly perfect flat, except that to the north of the village there is a gentle rise. The Romney, which here separates the counties of Glamorgan and Monmouth, formerly inundated the moors to a great extent, but an embankment has been constructed within the last few years, which has confined it to its proper channel. The quality of the soil is various, the upper lands towards the north being a red stiff clay, and the flat ground being composed of sandy loam and gravel, which, towards the moors, become covered with tenacious clay, fit for making bricks.

The parish contains several good gentlemen’s houses, of which Plas Newydd, in the castellated style, the property of T.M.Richards,Esq., is the principal. It is divided into three lordships, namely, Roath Tewkesbury, Roath Dogfield, Roath Keynsham: the manorial rights of the two former belong to the Marquis of Bute, and those of the latter to Sir C. Morgan, Bart., 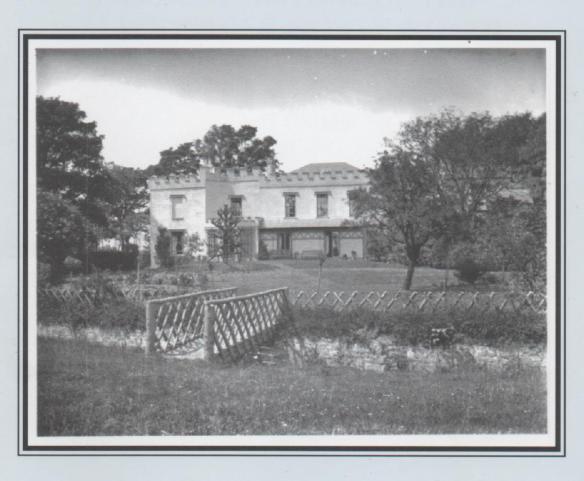 Plas Newydd, nowadays called the Macintosh Institute, one of the oldest buildings in Roath.

The living is a Vicarage not in charge in the archdeaconry and diocese of Llandaf, endowed with £800 royal bounty, and in the patronage of the Marquis of Bute.

The church, dedicated to St Margaret, is a small neat structure: the chancel was rebuilt by the late Marquis of Bute, who also erected, on the northern side of it, a splendid mausoleum for his family, where he and the late Marchioness and Lord Mountstuart are interred.

Near the centre of the rising ground to the north of the village is a spring of pure water, called Penylan Well, which has been enclosed, and is greatly resorted to by all classes on Easter Monday, when it is supposed that charms are wrought, fortunes foretold, and wishes registered at the mystic stream.

The average annual expenditure for the maintenance of the poor is £233.13.