Charles Street, in Cardiff City centre, lies outside the old parish of Roath.  The war memorial however includes people who lived in Roath parish and is therefore included on our website. 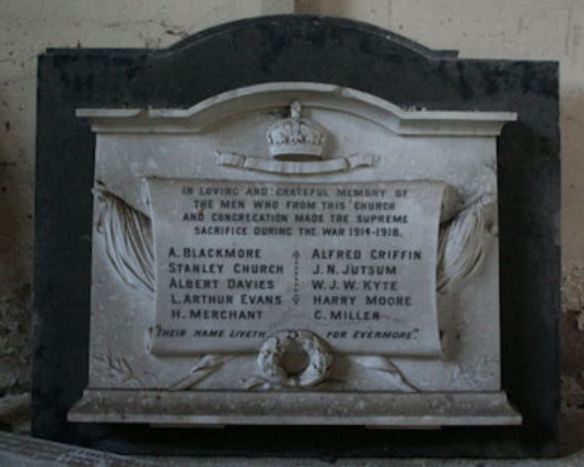 The history of the church has been nicely written up in an article from Glamorgan Archives.

The names on the memorial are: 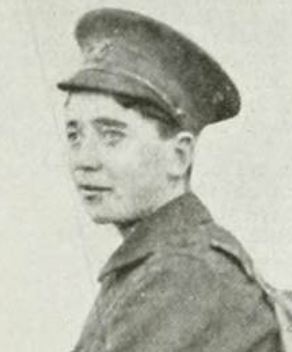 Hubert Holinshead Merchant was born on 26th July 1896 in Llanhilleth, Monmouthshire. He was the eldest son of  Arthur Davies Merchant, a colliery labourer, originally from Gloucester and Emily Merchant née Solomon originally form Bristol.  In 1911 we find the family living at 124 Broadway with Arthur a caretaker and Hubert, aged 14, working as a boot dealer’s errand boy having previously attended Moorland Road school.  He enlisted 26th April, 1915, in 7th Welsh (Cyclists) before transferring to the 115th Trench Mortar Battery, 16th Battalion, Welsh Regiment. He served on the Western Front from 28 July 1916, and was killed in action after the Battle of Pilkem Ridge on 1 Aug 1917 aged 21. His Captain wrote:  ‘He went into the fight with his usual cheerfulness, and went right over Pilkem Ridge, as far as the River Steenbeek, where he fought gallantly until he was hit by a sniper in the side’. He is remembered on the Ypres Menin Gate Memorial (Panels 37). His military papers record the Merchant family living at 176 Cathays Terrace at the time. He was remembered on the Charles Street Wesleyan Methodist Church WWI memorial  currently in the safe keeping of Cardiff Bereavement Services.  Commonwealth War Graves Commission record.