City Road is one of the oldest roads in the Roath area probably dating back to medieval times.  It used to be called Plucca Lane until around 1870 when it was was renamed Castle Road, after Roath Castle (Mackintosh House) and then later renamed City Road in honour of Cardiff being made a City.

This page contains images of City Road over time, starting from the Newport Road junction going up to the Albany Road junction, or as some local call it Death Junction as it is the site of a former gallows.

Before you begin your virtual tour, here are some links to articles elsewhere on our website that take in the history of City Road: 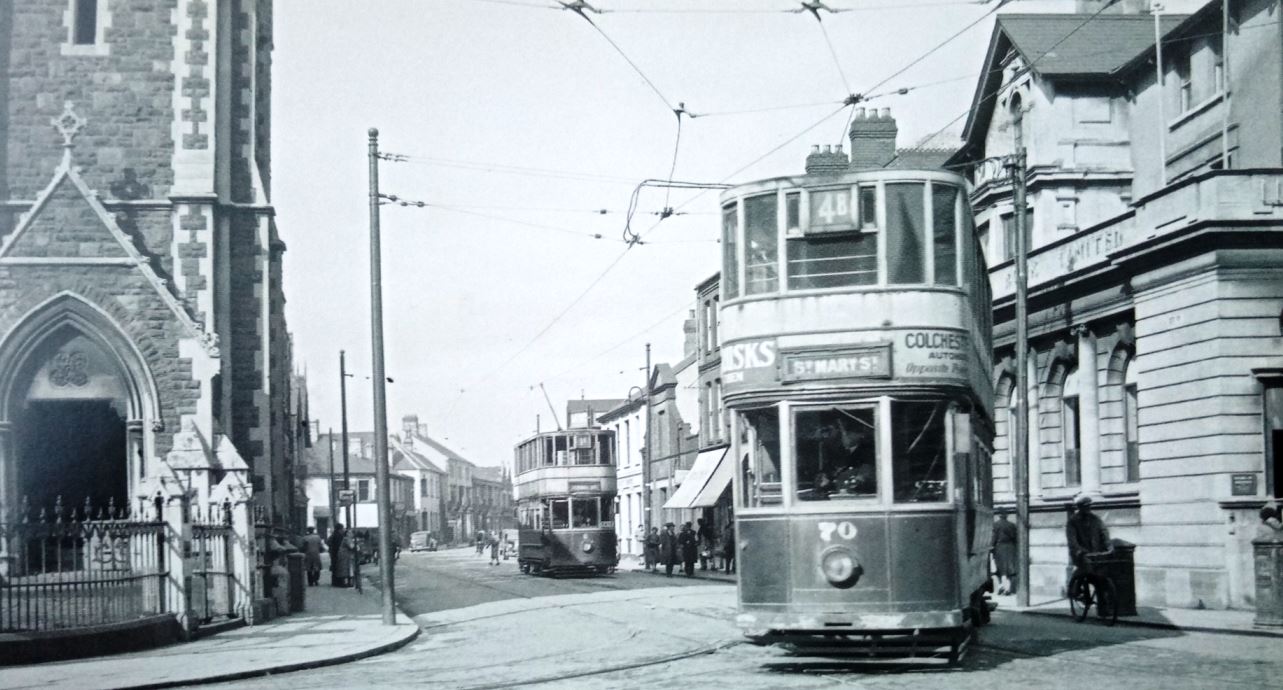 1949 Tram exiting City Road onto Newport Road in 1949. Roath Road Wesleyan church on the left and Lloyds Bank on the right – both now gone

The start of City Road at the junction with Newport Road.  Roath Road Wesleyan church on the left prior to it being bombed in WWII. 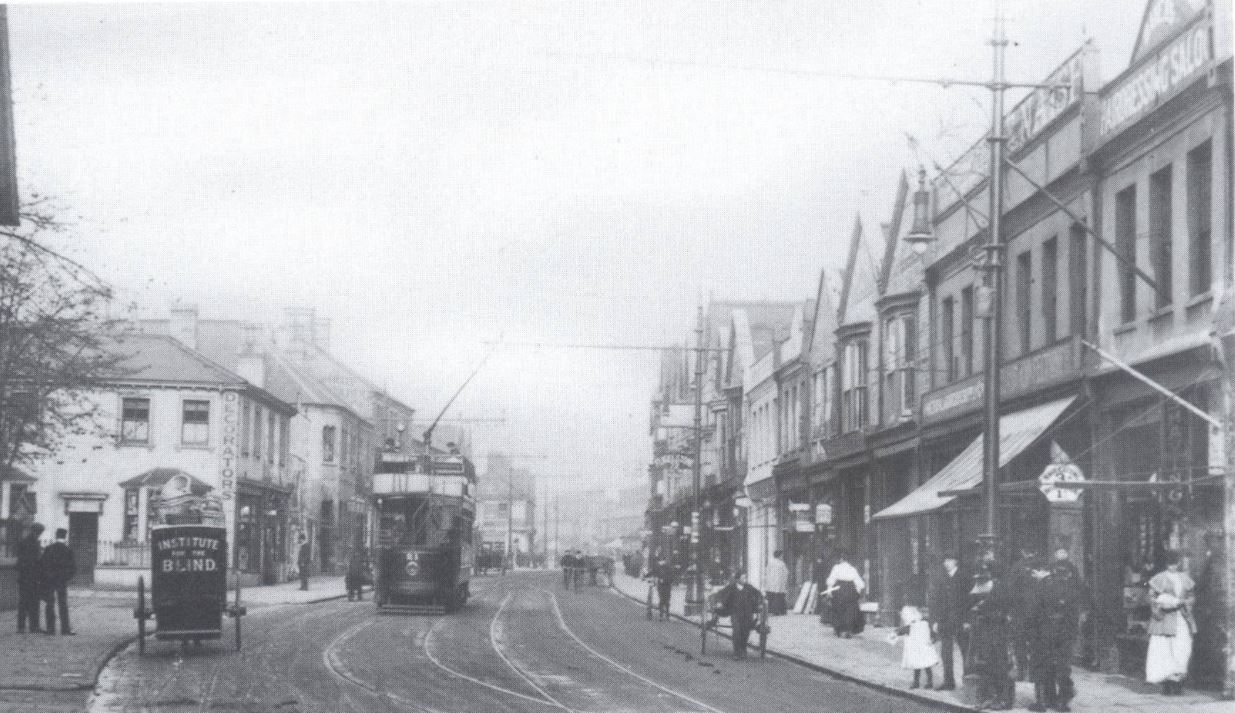 City Road in 1910. The Parade enters City Road on the left just past the Institute for the Blind cart.

City Road around 1912 near the junction with The Parade. 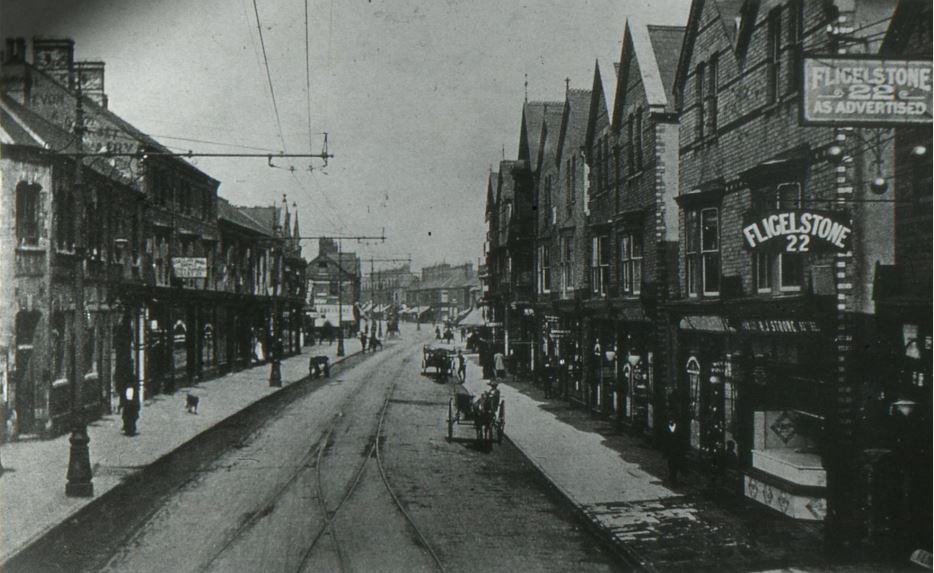 City Road around 1920.  Fligelstone Pawnbrokers on the right at No.22 with the three ball sign. 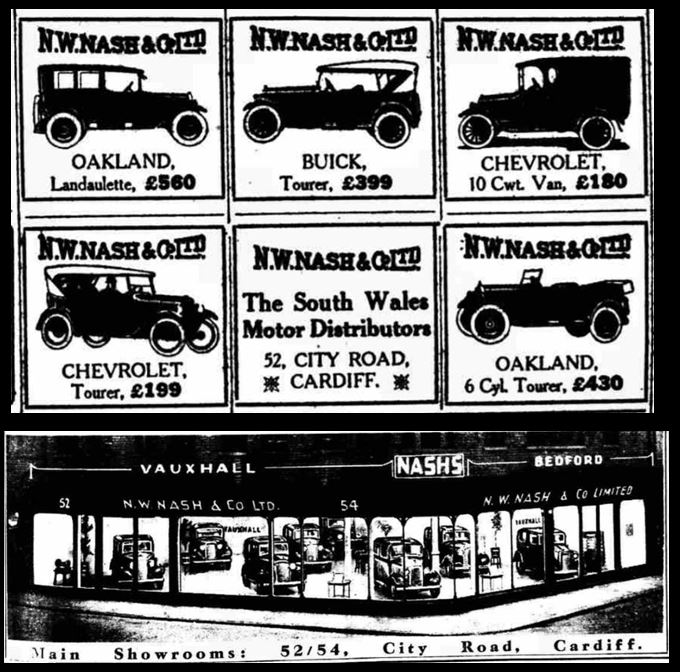 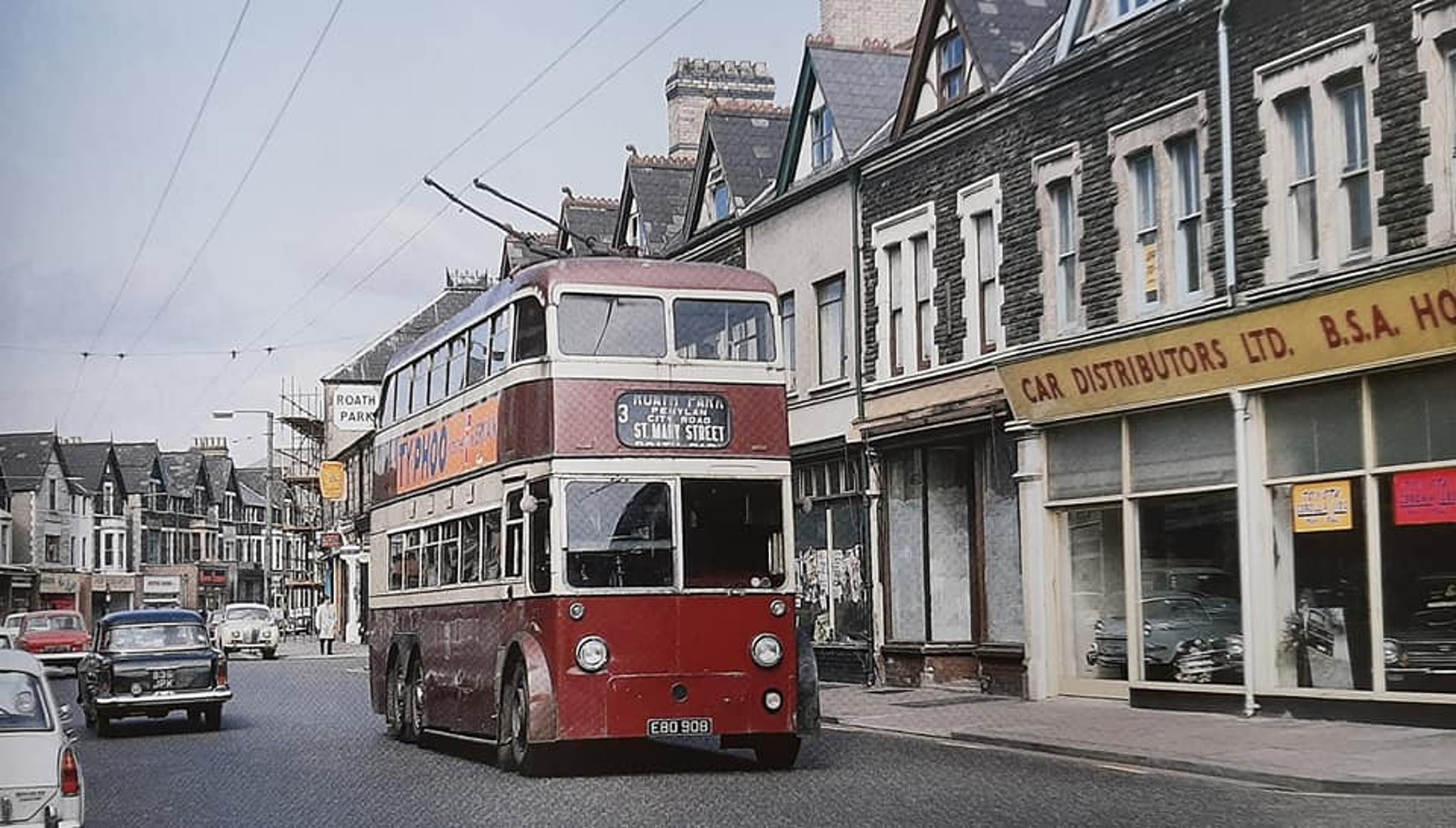 City Road with the No3 Trolley Bus heading to town and B.S.A. House (134-140 City Road) and the Roath Park in the background (photo: Byron Barnett)

160 City Road:- General Motors – 1970s (?) (Photo credit – Howard Williams), 2021 – old shop sign uncovered during renovation work. Percy Newbury had a fruiterers shop here in 1927. He was preceded by the Daffodil Manufacturing Co, wholesale blouse and jumper manufacturers from 1922 to 1924 and succeeded by the Home and Colonial stores from 1929 to 1961. 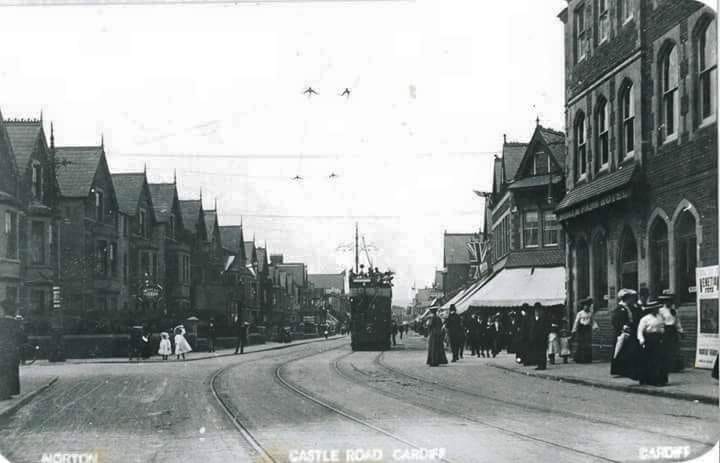 Roath Park Hotel on the right.

The history and more pictures of the Gaiety Cinema can be can be found here on our Cinemas page. 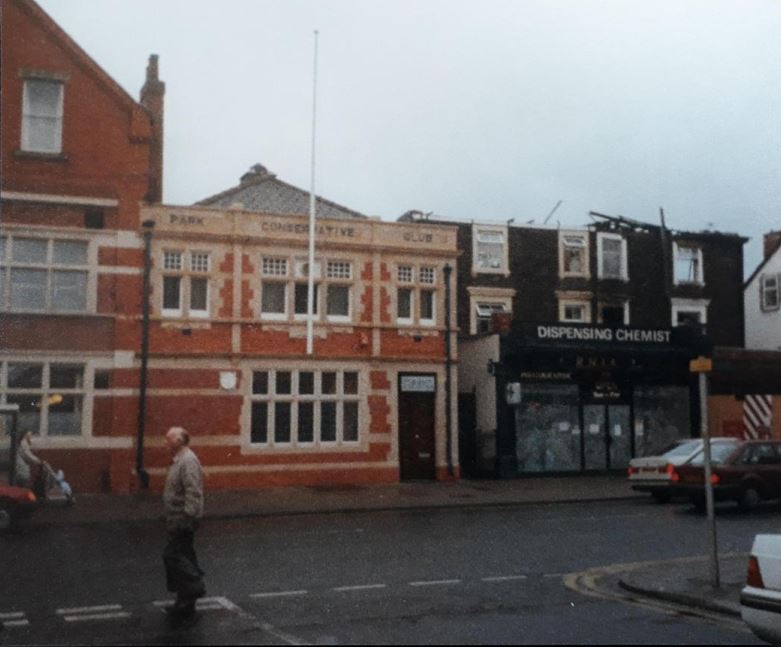