The area covered by the old parish of Roath contains a healthy amount of green space as does Cardiff as a whole.  Discuss Cardiff to anyone who has lived or visited here and one of the first tings mentioned is Roath Park.  Only part of Roath Park however falls within the old parish of Roath.  The Botanical Gardens and Roath Park Lake fall outside but perhaps we can be allowed a little leeway on our ‘area of interest’ and include them in this section, especially as they the name Roath is used in the naming of Roath Park Lake.

Roth Park has a rich history and must be one of the most photographed parts of the city.  When we come across old pictures we will put them here and over time add some highlights of the history of the park.

The history of Roath park and other Cardiff parks is covered well on the Cardiff Parks website which is run by past and present members of the Cardiff Parks Department but the website operates independently from Cardiff City Council.

Roath Park was officially opened on June 20th 1894 with a ceremony in what we now know as the Recreation Ground. The people at the bottom are standing outside the railings on Ninian Road

The main summer pastime on the Rec used to be baseball rather than bar-b-queing. Lovely pic of Penylan vs Grange Albion in 1953 in front of an estimated 6000 spectators (pic credit: Cardiff Yesterday / Teddy Peterson) 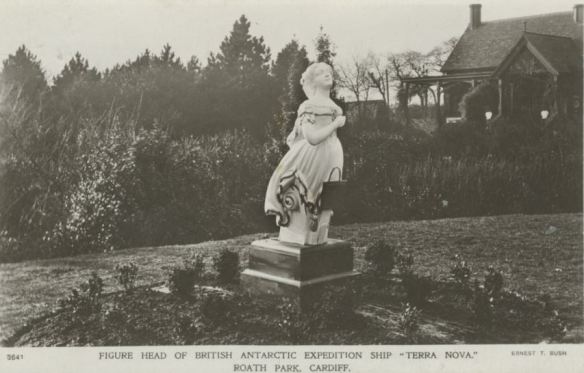 The figure head from Captain Scott’s Antarctic Expedition ship the Terra Nova. The figurehead was presented to Cardiff Corporation in 1913 and stood in Roath Park before it was then presented to the National Museum of Wales in 1932. 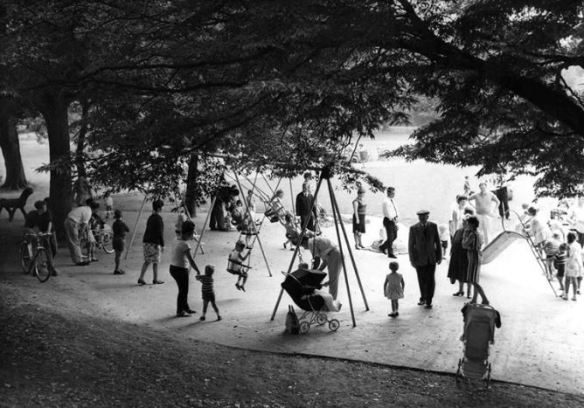 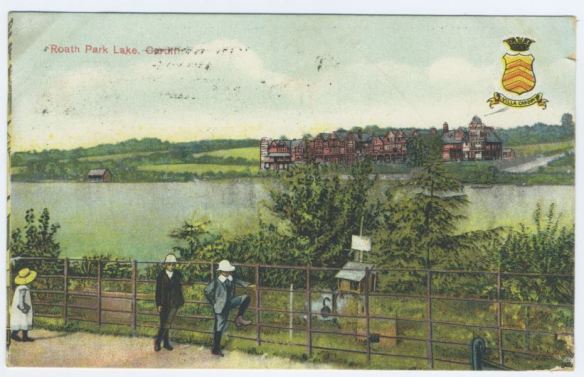 An early painting of Roath Park Lake with just a few of the houses on Lake Road East completed. Probably painted from near where the boathouse now is. I rather like the little duck house.

Bathing used to be very popular at Roath Park Lake. Is it my imagination or has the photographer caught somebody mid-dive? The changing boxes were added in 1908.

Celyn Fach cottage and small holding occupied a site in Highfield Road above Roath Park Lake. William Rowland moved here with his family in 1904. The cottage was 300 years old

Splott Park was opened in 1906 and the opening of these tennis courts was a year later in 1907.

Splott Park Baths in Cardiff was opened on August 14,1922 by Councillor R.G.H. Snook. The bathing season was from May 1st to September 30th each year.