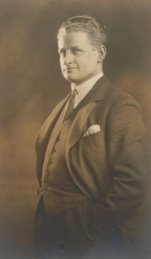 The weather is sweltering and the parks and gardens of Cardiff are in full bloom.  I’m reminded of a talk we had at our Society meeting last autumn from horticultural lecturer Bob Priddle all about the life locally born landscape gardener Ralph Hancock. 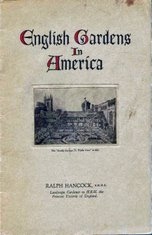 Ralph Hancock first came to notoriety when in 1927 he created a rock and water garden for Princess Victoria, the daughter of the late King Edward VII, at the Royal house Coppins, Iver, Buckinghamshire.  She was so impressed she presented to him a little diamond and sapphire tie pin which became one of his most treasured possessions.  In a clever piece of self-marketing he published an illustrated booklet titled ‘English Gardens in America’ in which he described himself as being ‘Landscape Gardener to HRH the Princess Victoria of England’. and sailed off to USA to tell people.  His marketing worked and he designed an exhibition garden at Erie Station in New York to further exhibit his work. 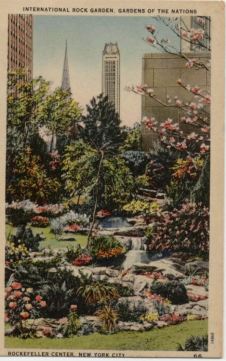 He was commissioned to design the famous ‘Gardens of Nations’, a series of roof gardens on the eleventh floor of the Rockefeller Centre in New York in 1930.   The work was made up of a series of cultural style of gardens from places as diverse as Holland, Japan and Britain. It was a sizable undertaking consisting of over 3,000 tons of earth, 500 tons of brick, 100 tons of natural stone and 2,000 trees and shrubs being hauled up the side of the skyscrapers by block and tackle. 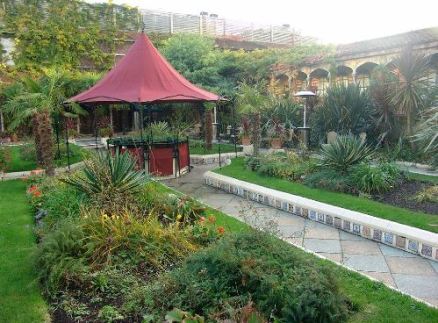 Hancock’s work became widely known and in 1935 Ralph Hancock was persuaded to return home to the UK and work on designing a rooftop garden for the Derry and Toms Department Store in Kensington.  The gardens opened in 1938 and included the Spanish garden complete with palm trees and fountains as well as Moorish colonnades and a woodland garden, built with a cascade, a river and its very own pink flamingos.  The building, gardens and Babylon Restaurant had for many years been leased by Richard Branson and the Virgin Group but finally closed to the public in 2018 when the lease expired.  It is not known whether they will ever reopen. 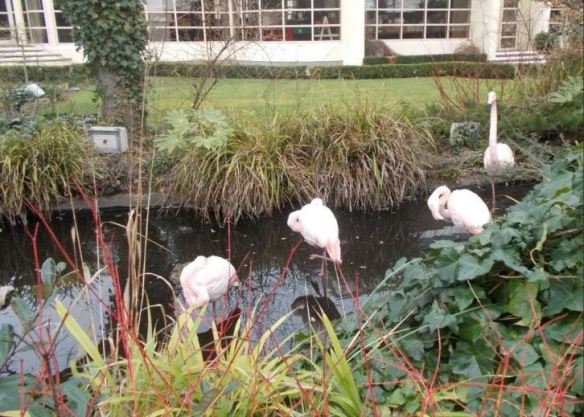 When the Derry Gardens (as they were first known) were opened on 9th May 1938, they were the largest single roof garden in the world and became a huge attraction. Visitors were charged one shilling entrance and all the money went to support the Queen’s Institute of District Nursing, St John Ambulance, the British Red Cross and several hospitals. By the time Derry & Toms closed in 1973, the entrance fees had generated some £120,000 for various hospitals.

Ralph continued to be a very successful exhibitor at the Chelsea Flower Show, winning gold medals in 1936, 1937 and 1938 shows.  The gardens constructed at Chelsea had moved away from the naturalistic rock garden style towards the arts and crafts style that is now more associated with his later work.  One of Ralph’s specialities became the use of Moon Gates,  which he used both at Chelsea and a number of other garden projects.  He also exhibited gardens at the Ideal Home Exhibition. 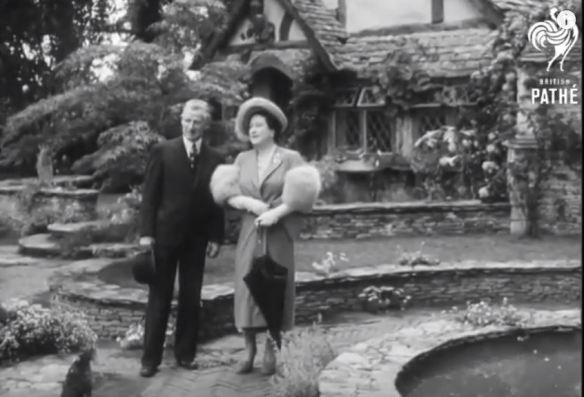 Ralph with the Queen Mother at one of his show gardens. (photo credit: Pathe News)

Not all the gardens Hancock designed were far away.  In 1948 Sir David Evans Bevan, a director of Barclays Bank, commissioned him to build the gardens at Twyn-yr-Hydd House, Margam Park.   The building was until recently part of Neath Port Talbot College and through the tireless work of the Horticultural Department and lecturer Bob Priddle the gardens were restored to their former glory.  Unfortunately it is understood that maintenance costs and associated drainage problems to the house uneconomic  to maintain and it has sadly been mothballed and the gardens have been allowed to become overgrown. 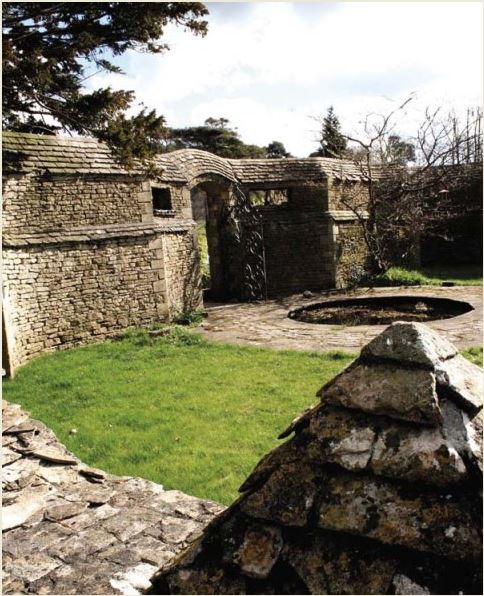 Clarence Henry Ralph Hancock, known as Ralph, was born at 20 Keppoch Street, Roath on 2nd July 1893.  In 1901 we find the family living at 88 Albany Road, opposite the junction with Wellfield Road, then later at 42 Ninian Road when he was attending Roath Park Primary school.  It makes me wonder whether his later career choice was influenced by the work of William Pettigrew in Roath Park.

In his early career Hancock was a marine insurance broker working in James Street, Cardiff.  On the outbreak of the First World War he enlisted as a private in the Territorial Army. In December 1915 he was commissioned second lieutenant in the Welsh (howitzer) brigade in 1915, but was invalided out in 1916.  After marrying Muriel Ellis in 1917 they moved to Augusta Road, Penarth and later to England to further his career.

Ralph Hancock died of heart failure, at the National Heart Hospital, London, on 30 August 1950. He was cremated at Golders Green and his ashes were later scattered in the Thames by his widow and his daughter, Sheila. There is another sad local connection with the Hancock family.  Ralph’s brother Charles died in the Claude Hotel, Albany Road in 1960.

The family of Ralph Hancock have carried out a lot of research on his achievements as a horticulturist which can be found on the Ralph Hancock website. 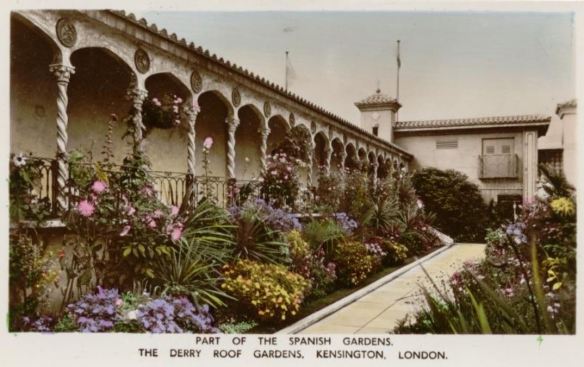