We received an enquiry  at Roath Local History Society last month asking if we knew where Clive Sullivan had been born.  I must admit I didn’t and hadn’t even realised his unique achievement.  I’ve enjoyed researching his exploits and have the pleasure of awarding him one of our virtual red plaques, particularly poignant in these days of the Black Lives Matter campaign.

Clive was born in Splott, Cardiff on 9 Apr 1943.  According to the Oxford Dictionary of National Biography he was born at 49 Wimborne Street. 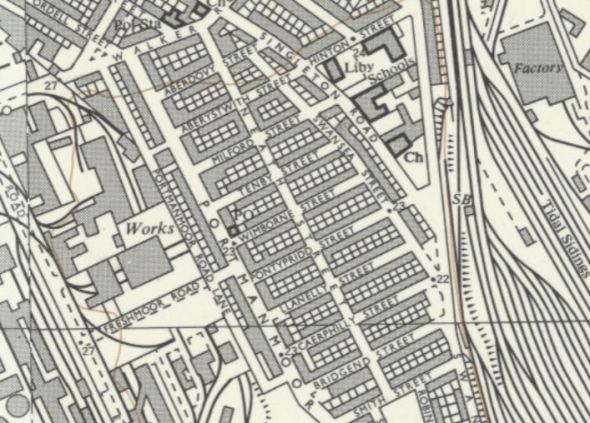 Wimborne Street no longer exists, demolished in the 1970s, along with many neighbouring streets.  The street was originally named Fishguard Street, but later renamed Wimborne Street after Lord Wimborne, owner of the nearby steel works.  The southern edge of Moorland park in Splott follows the line of the former Wimborne Street.

Clive was the second of four children born to Dorothy Eileen Sullivan née Boston.  Doris herself was born to Joseph Donald Boston, a seaman, originally from Antigua and Lily Brain originally from Bristol.  The Brain and Boston families also lived in lower Splott, in Aberdovey and Pontypridd Streets respectively.  I haven’t however found any link between the Boston side of Clive Sullivan’s family and Billy Boston, another great rugby league player from Cardiff. 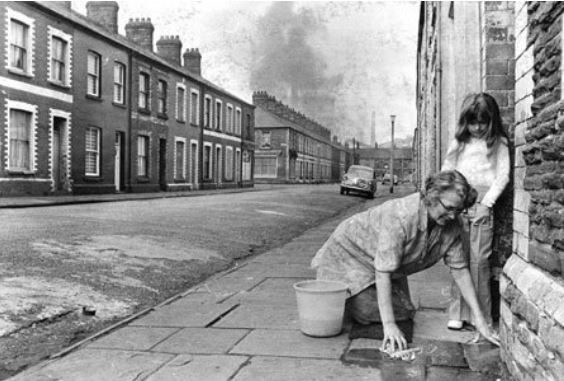 The caption with this 1972 photo states that it is ‘Mrs Alice Huntley who had lived at 51 Wimborne Street for 48 years’. She would therefore have been a next-door neighbour of the Sullivan family. (pic credit: alamy)

Clive’s father was Charles Henry Sullivan an electrical engineer then serving in the RAF. Charles Sullivan was Jamaican whose family had emigrated to Cardiff before the Second World War. He walked out on Doris when the children were young never to be seen again leaving her to bring up Brian, Clive, Yvonne and Elmyria.

When Clive Sullivan was young he suffered medical problems with his legs and knees necessitating several operations at the Royal Infirmary.  He defied the surgeon who told his mother that he may never walk properly to go on to be an exceptional sprinter and sportsman.

Doris and her young children moved across town to Ronald Place, Ely and the children attended Herbert Thompson Primary School.  By now Clive had recovered from his surgeries and he and his siblings became known in school as the ‘Four Flying Sullivans’ because of their monopoly in sprinting events.

At the same school was Jim Mills, who went onto play rugby league for Widnes.  In the playground Clive used to call Jim ‘lanky’ and make use of this phenomenal speed to get away.  Years later when Clive was playing for Hull he got tackled just before the try-line by Jim Mills who said to him ‘Now, who did you call lanky?’ 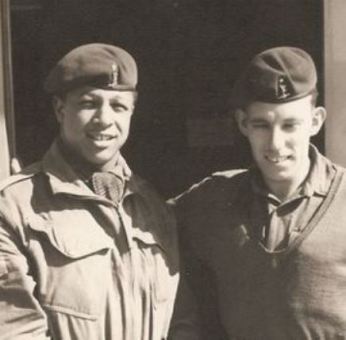 After leaving school Sullivan worked briefly as a mechanic before he joined the army.  In Catterick he trained as a radio operator and then joined the Parachute Signals Squadron, stationed in Hampshire, and then saw active service in Cyprus with the UN Peacekeeping Force.  Whilst at Catterick he started playing rugby for the army.  His skills were spotted by a Hull FC scout and he was signed up though it was somewhat of a stuttering start to his sporting career, plagued with injuries, knee operations and a bad car crash in 1963.

In 1964 he left the army and was able to dedicate himself to his rugby career.  That same year he met his wife Rosalyn Byron in Hull who he married a couple of years later. 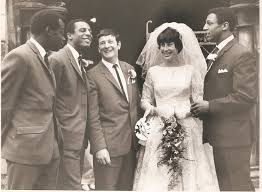 Clive Sullivan played on the wing and was a prolific try scorer. He had blistering pace, exploiting any gaps in the opposition defence.   In one match against Doncaster in 1968 he scored seven tries, still a Hull FC record.

He first played for Great Britain in 1967.  In 1972 he was selected as Captain of the Great Britain side that went on to win the Rugby League World Cup held in France where he scored a try in each of the four games. He also captained the Wales Rugby League team. In all, Sullivan represented Great Britain 17 times and appeared at three World Cups, 1968 and 1972 with Great Britain, and in 1975 for Wales.  His length of the field try in the 1972 World Cup final against Australia is regarded as one of the game’s finest.  Now here’s a good fact to store up for quizzes: he was the last person to lift the World Cup for Great Britain as since then the home nations have played individually.

Clive Sullivan or ‘Sully’ as he was known, played for Hull FC and later their rivals Hull Kingston Rovers, before returning to Hull FC to complete his career. He played a total of 352 games for Hull FC, scoring 250 tries He was the first player to score over 100 tries for both sides. 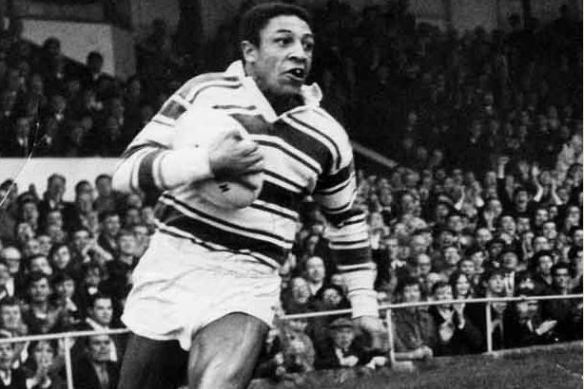 His achievements were recognised when he was awarded an MBE in 1972 and was the guest on ‘This Is Your Life’ in 1973.

Just six months after retiring from rugby he tragically died of cancer aged just forty two on 8 Oct 1985 in Hull.  Clive and Rosalyn had a son Anthony and a daughter Lisa. Anthony followed in his father’s footsteps playing rugby league for both Hull as well as St Helens  and Wales.  He also did something his father didn’t, he played rugby union for Cardiff and for Wales.

Clive Sullivan is remembered with great fondness and respect in his adopted city of Hull. There isn’t any tribute to this fine rugby league player in his native city of Cardiff but in Hull they renamed the A63 dual carriageway Clive Sullivan Way in his honour. 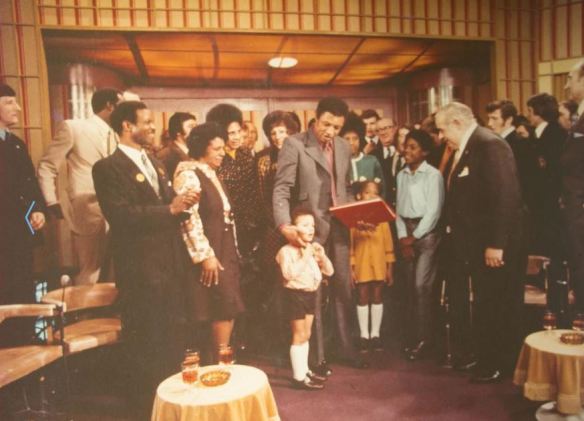 Clive presented with the red book on ‘This Is Your Life’ (pic credit: Hull Museums)

Perhaps next time however you feel like a walk I could encourage you to go to Moorland Park in Splott and trace the line of the former Wimborne Street and remember Clive ‘Sully’ Sullivan, one of our greatest sportsman from the area.