Newport Road isn’t where I was expecting to see a skeleton. There I was relaxing on the upper deck of the bus when I spotted it out of the window on Cardiff University Engineering Department.  It’s on the stone facade above the doors and looking very Gothic indeed.  The rest of the stone facade looked interesting too, comprising of two statues and four relief stone carvings of distinguished scientists. 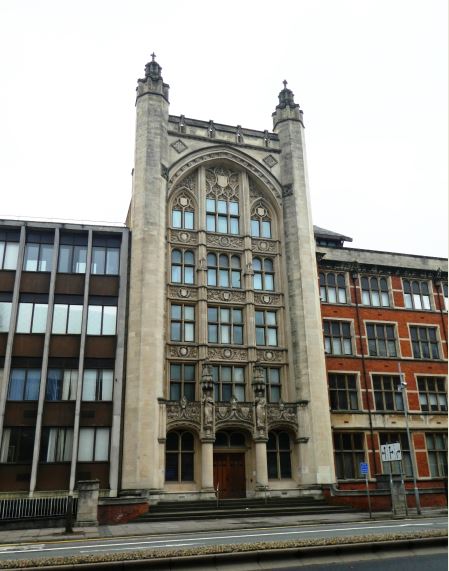 I did a bit of research, didn’t find a great deal, so went back and took some photos on a dank morning.  An ideal topic for a blog post I thought.  Four sculptured busts of scientists, Jenner, Lister, Hunter and Pasteur.  I could write a bit about each.  Then I did some more painstaking research and found a couple of blog posts.  One from Bob Speel looked at the sculptures in terms of the sculptor and style, the other from Pat English does pretty much what I going to do and looks at the scientists themselves.  Both blog sites are very good and I would recommend them.  I’ve little doubt that I can’t hope to add much to their blog posts in terms of knowledge.

The building in question is Cardiff University Queen’s buildings on Newport Road.  Much of the building is of modern construction but the old tower dates back to 1915. To give it it’s proper description it is gothic Revival tower-facade retaining high-quality sculpture and I’m glad to see is a listed building.  There are two plaques on either side of the oak doors that indicate the first stone was laid in 1915 and then the building was opened in 1921 by the then Prince of Wales. I say oak doors but that’s a guess but they are decorated with what appears acorns, so hardly likely to be eucalyptus. 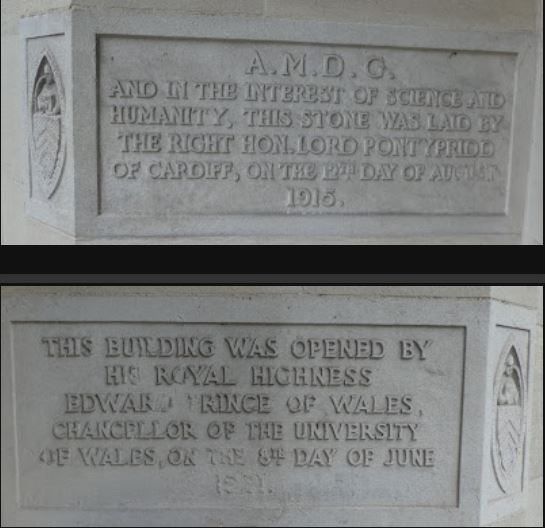 So if it’s the engineering building, then why is it adorned with the statues and sculptures of four non-engineering scientists. Apparently the building was originally the Medical school which makes sense as it is close to the Royal Infirmary up the road. That would also explain the two life sized statues which are part of the Bath stone facade; Asclepius, Greek god of Medicine and I’d swear an oath that the other one is Hippocrates.  Asclepius is holding his staff and two cocks stand at his feet.  It was traditional to sacrifice a cock to thank Asclepius for being healed.  I would happily sacrifice a chicken or good piece of tofu if only I could get an appointment with my doctor.

There’s so much on this facade to help keep you or your kids entertained if you are ever passing by on a bus or waiting at the bus stop. Get them to see how many carved animals that can spot just above the doorway. Among them I spotted a squirrel, lizard and mouse. And there’s probably a live pigeon hiding away in there too.

And so the scientists. Perhaps the least known is the 18th century Scottish surgeon John Hunter.  Now here’s and interesting character. 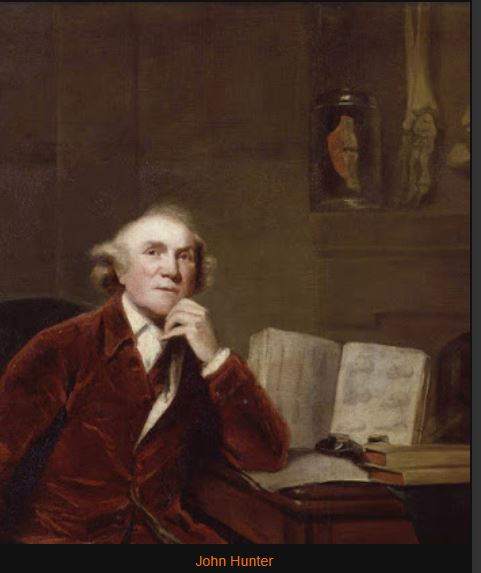 Throughout his career he collected many thousands animal and human corpses. It is said that his collection of live animals from around the world at his home in London may have led to the inspiration for the story of Doctor Dolittle. On the other hand his brother who obtained many of the human corpses for him has been accused of grave robbing and even worse, calling into question whether Hunter was more like Dr Jekyll than Doctor Dolittle.  To the top right of Hunter is a patient in a bed being watched over closely by a young man and a skeleton. Presumably this is to represent Hunter pioneering the importance of observations in medicine. But why the skeleton? I still don’t know. 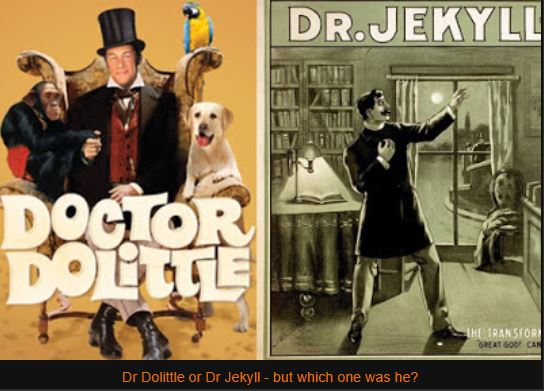 Representing France is Louis Pasteur. People no doubt know Pasteur mainly for his work as a microbiologist but he started his career as a chemist and even obtained his first professorship in that field in the University of Strasbourg.  His list of achievements are pretty staggering; vaccines for rabies and anthrax, inventing pasteurisation and an understanding of fermentation. After he died in 1895 he was buried in the Cathedral of Notre Dame, but his remains were reinterred in the Pasteur Institute in Paris. I’m not convinced that’s a move for the better if you ask me.  Would I want to be taken back to work after I die?  Before passing he asked for his laboratory notebook to be kept in the family and not shared. Only recently have historians gained access to them and are divided in what is revealed but seem to agree on the fact that a good summary would be “In spite of his genius, Pasteur had some faults”.  If I had an epitaph like that I’d be pretty happy.

Joseph Lister was born in Upton House, West Ham, London. I bet I can guess which football team he supported.  He’s the man who realised that washing your hands is so important. If he were alive in these days of Covid-19 I’m sure he’d be features on many public service advertisement.  As the ‘father of disinfection’ he hailed the use of carbolic acid to sterilise everything in sight.  Initially Lister’s ideas were mocked by others in the health field who proudly wore their blood stained aprons as a badge of honour. The medical journal The Lancet warned the entire medical profession against his progressive ideas. Next time I smell the phenolic odour of Laphroig whiskey I will think of Joseph Lister and drink to him as a testament to his ingenuity. 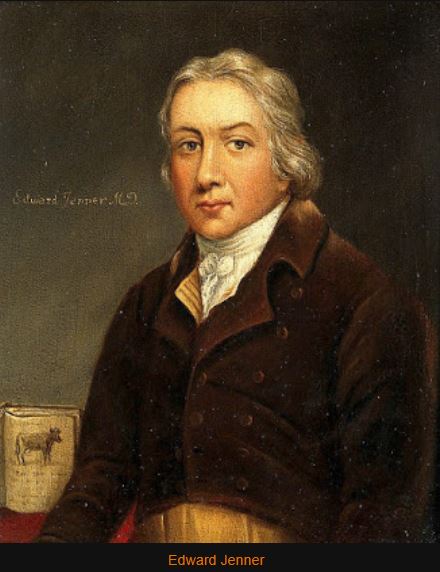 I suppose it’s a sign of the times that when you put Jenner into a popular search engine everything that turns up is about Caitlyn Jenner, who is apparently an American sex-reassigned ex-athlete and now TV personality.  A couple of pages down you come across our man, Edward Jenner, from the town of Berkeley, Gloucestershire.  His work on the smallpox vaccine has led to the much used quote that he ‘saved more lives than any other human’ and earned him the title ‘the father of immunology’.

And so we have it, what is probably a unique collection of sculptures of these four heroic scientists, Jenner, Pasteur, Lister and Hunter all in the same place.  Other than the outstanding question of the skeleton I have one other query.  Why is it called the Queen’s Buildings?

4 thoughts on “The Newport Road Skeleton”